The PUNCH mission consists of four spacecraft in Earth orbit that together will be uniquely capable of imaging the space environment from the outer corona of the Sun all the way to Earth orbit. There is a Near Field Imager and three Wide Field Imagers (WFIs).

The complete Engineering Model WFI has been undergoing qualification tests at SwRI and at NRL. The most arduous is the baffle stray light test, which ensures that the end-to-end system meet its requirement to attenuate incoming sunlight by 16 orders of magnitude.

WFI’s attenuation coefficient is at most 10-18, giving a margin of at least 100x compared to instrument requirements.

This result reveals that, as built, WFI is sufficiently sensitive to carry out our wide-field science.

Thanks to Glenn Laurent, Derek Lamb, Michael Shoffner, and Steve Osterman (the PUNCH Away Team) for preparing and testing WFI through this important milestone, and to Robin Colaninno, Don McMullin, and the SCOTCH support team for enabling this key test.

NFI and the flight WFIs are scheduled to be tested at SCOTCH in about a year’s time. 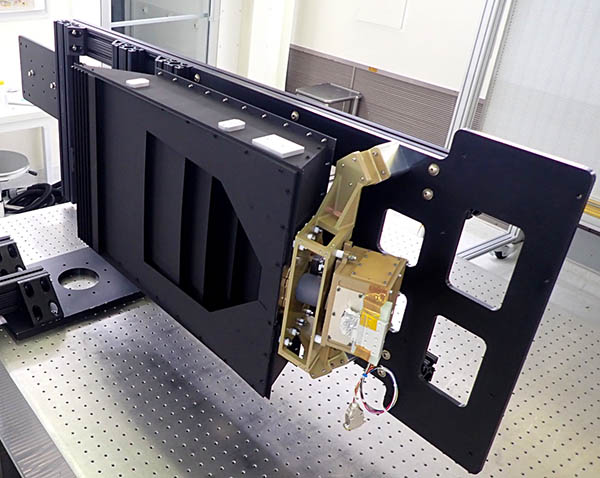 WFI was mounted vertically on a motion stage to minimize gravity sag and to enable moving it into and out of the beam. 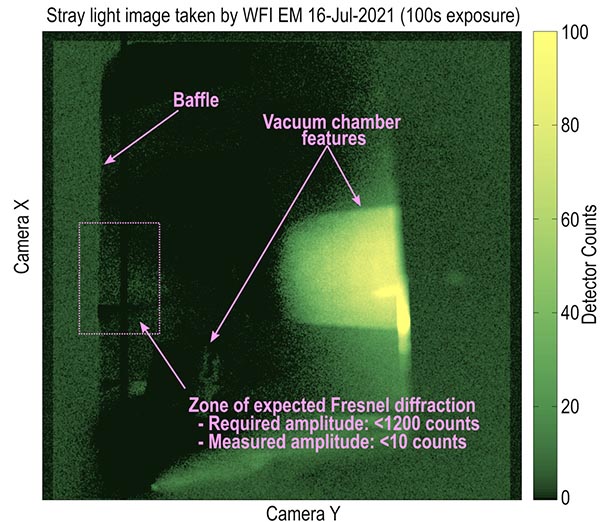 Combined over/under image reveals the important stray light null measurement: Fresnel diffraction around the baffle would be revealed as a roughly 100 pixel tall bright patch, which is required to have a brightness under 1200 detector counts in this image. The data rule out any such feature with more than 10DN overall amplitude, indicating at least 18 orders of magnitude attenuation.
PUNCH is a mission in the NASA Small Explorers line