During June, the PUNCH Outreach Program deployed the first two expeditions to collect photography at an ancient Sun-watching site in Chaco Canyon, New Mexico. Our friends in the Native community emphasized that these sites are as alive today as they were to the ancestors, and in working at such places it is critical that we respect them and have a pure heart. We need to honor the ancestors. As such, the photography team learned to engage in a moment of reflection and appreciation each day before starting work at the site.

On its southeastern facet, the chosen site includes a petroglyph possibly representing the 1097 eclipse with an active solar corona. The June outings focused on time-lapse photography from the perspective of a large (43 cm diameter) spiral-like petroglyph on the northeastern facet of the site. 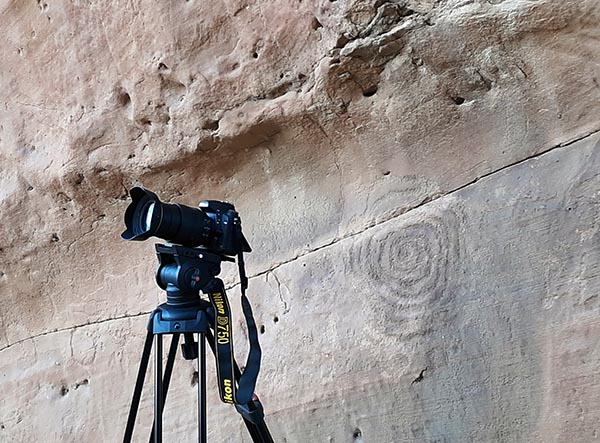 Camera aligned with the center of the spiral-like petroglyph on the northeastern facet of a Chaco Sun-watching site. Mobile phone photo by C. Morrow - 20 June 2021.

PUNCH-sponsored photographers documented high-resolution horizon interactions as the Sun rose near to a triangle-shaped rock and recorded the first-ever data on the interplay of light and shadow with the spiral that are time-correlated with the sunrises. 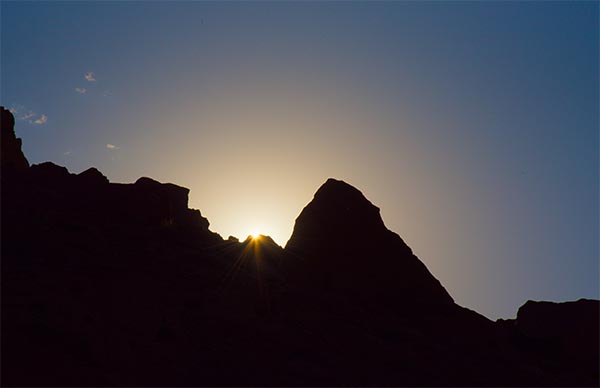 The first moment of sunrise at about 7:10 am MDT on the June 2021 solstice as viewed from a spiral-like petroglyph on the northeastern facet of a Chaco Sun-watching site. 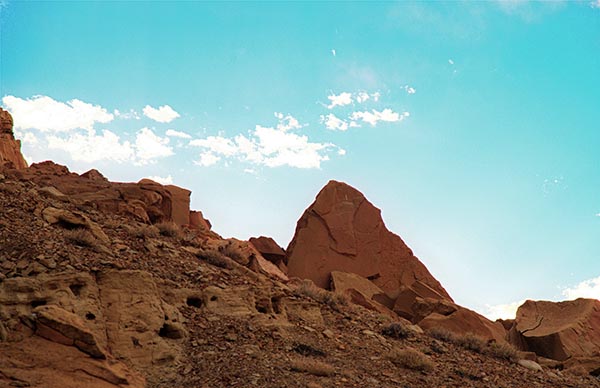 Same location in the daylight with clearer view of horizon and foreground.

There are two data sets for June 2021, one for 4-6 June and the other for the solstice proper (20-22 June). Changes during that period may have been significant to ancient Sun watchers responsible for the timing of important ceremonies. The solstice sunrise is an important reference point. The PUNCH Outreach image (above) offers the clearest, most definitive photo of it ever recorded for this horizon. About a half-month prior to and after the solstice the Sun rises in the notch at the left base of the large, triangle-shaped rock and then appears to roll up the left (north) side, arriving at the top over an 11-minute period.

PUNCH Outreach plans to collaborate with our Native American partners to make appropriate use of collected resources alongside imagery from NASA heliophysics missions in planetarium films, digital interactive lessons, and Chaco interpretive materials, all related to our Ancient and Modern Sun Watching theme.

PUNCH is a mission in the NASA Small Explorers line